Roll the Dice by Wayne Avrashow

What happens when one of America’s biggest rock stars leaves the Las Vegas stage to run for the United State Senate? The ultimate celebrity candidate, Tyler Sloan, is no stranger to politics – his estranged father was a California governor who narrowly lost a Presidential campaign. He runs as a political independent, refuses campaign contributions, and dismisses special interests and lobbyists. Unfortunately, Sloan’s “rocker” umage catches up to him, and is caught in a political campaign fraught with sexual scandal, corruption and conflicting loyalties. Will he be able to navigate through political turbulence and his own past to win the race?

Wayne Avrashow is an attorney, former campaign manager in Los Angles politics, government commissioner, and author of numerous op-ed articles on political and legal issues. “Roll the Dice” has received positive blurbs from a New York Times-bestselling author, a prominent movie producer and elected political figures, including the former mayor of Los Angeles. 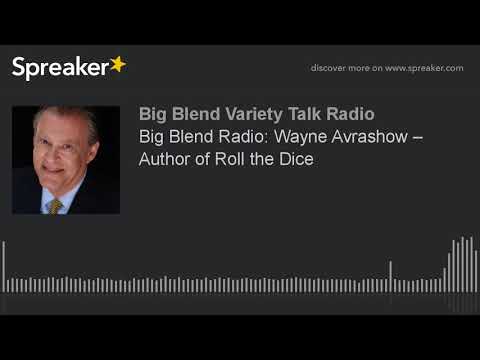 “Hilarious, politically savvy…keenly observant in its depiction of both the public histrionics of elections and the hard-boiled deal making and arm twisting… layers of complexity in characters and their motives…politics at its corrupt, dysfunctional, inspiring best.” Kirkus Reviews (winner of “Best of Indie” pre-publication award)

“Avrashow’s book is an entertaining reveal of an unconventional candidate and campaign and it is filled with drama, hope and conflict,” Antonio Villaraigosa, Mayor of Los Angeles 2005-2013

“Pin-sharp and compelling, with wry humor and real authenticity. Loved it. One of My Top 5 Books of the Year (So Far!)” Robert Parker, author ‘A Wanted Man’