Shot to Pieces by Michael O’Keefe NYPD 1st Grade Detective Padraig (Paddy) Joseph Durr is a brilliant detective, but he is his own worst enemy. Durr catches a brutal drug-related street assassination in Brooklyn, and there are now overtones of a possible gang war. The Police Department and the city government would like to ignore it, but Durr and his partners want to solve it. As he fights through the obstruction and outright incompetence within his own department, he is on the verge of an emotional and psychological breakdown. After a lifetime of self destructiveness, fueled by a childhood of abuse and sexual exploitation, Durr is walking the razor’s edge between sanity and despair. In peril of losing his family, he has brought his personal life to the brink of ruin. Can he hold it together long enough to solve this murder? Can he come to grips with his ingrained sense of worthlessness and a lifetime of abandonment, to salvage his marriage and family life? Or will he implode, irrevocably destroying his career, his family and himself? 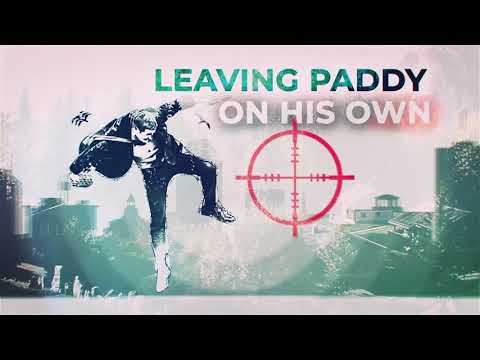 Author Michael O’Keefe is a retired NYPD detective. For twenty-four years, he worked in the toughest neighborhoods in New York, specializing in investigating homicides and other violent crime. He was born and raised on the mean streets described in his fiction, and his characters and settings are drawn from the people he encountered there—on both sides of the law. Shot to Pieces is his first novel, but he is currently nearing completion on two others. He lives on Long Island with his family, where he writes a little, and practices the ancient martial arts of lawn, and swimming pool maintenance—when he is not coaching football.

Michael has had six poems appear in the Raven’s Perch Magazine, and two in Vox Poetica.   He has also had poems featured in the 2016 and 2017 publication of The Bard’s Annual, and a chap book of his poetry, to be published by Local Gems Press.  Michael’s poetry is regularly featured by the Performance Poetry Association of Long Island.  Despite swearing to everyone he’s not a poet, he is in fact an award-winning poet, having won third place in the Princess Ronkonkoma Productions annual poetry prize. Here are links to some of Michael’s poetry.