I Was There All Along by Margo T Krasne In nearly eight decades, Margo Krasne has seen and done it all. Trained as an actress under Sanford Meisner, she left the theater for the ad world, creating the Radio Department at Doyle Dane Bernbach in the 1960’s. Her hands in clay from early days, she went from advertising to sculpting full time until, in her 50’s, she reinvented herself once again becoming a highly successful communication coach. Margo is the author of “Say It With Confidence” and “Appearances”. Well written, witty, and touching, her insights are on target, and she doesn’t spare herself.

Margo Krasne has always been a “player.” She met and was influenced by a wide range of people — David Susskind, Mike Nichols, Stella Adler, Bill Bernbach, Wilhelm deKooning, Sanford Meisner, Martha Graham and more. From radio producer/actress, to sculptor, communications coach and now a ‘woman who writes’, Krasne has given each career her all, and it shows. Her first book, Say It With Confidence, has been through several editions. Now with I Was There All Along, readers can delve into the background of this dynamic and exceptional woman.

The book is written in a conversational tone, so you feel as if you were sitting in the room with Margo and she’s telling you her story. She has the ability to bring persons, even those peripheral to her own life, vibrantly alive. Perhaps her years as a communications trainer have affected her style, but it’s warm, engaging and frank. From her sexual relationships, her forays into therapy, or her own self assessments, her prose rings true and insightful. Even her conflicted relationship with her father is dealt with in an honest and spare style that doesn’t rely on self-pity to assess how this relationship affected her own personal development and even rebellion. 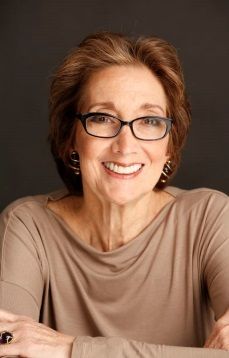